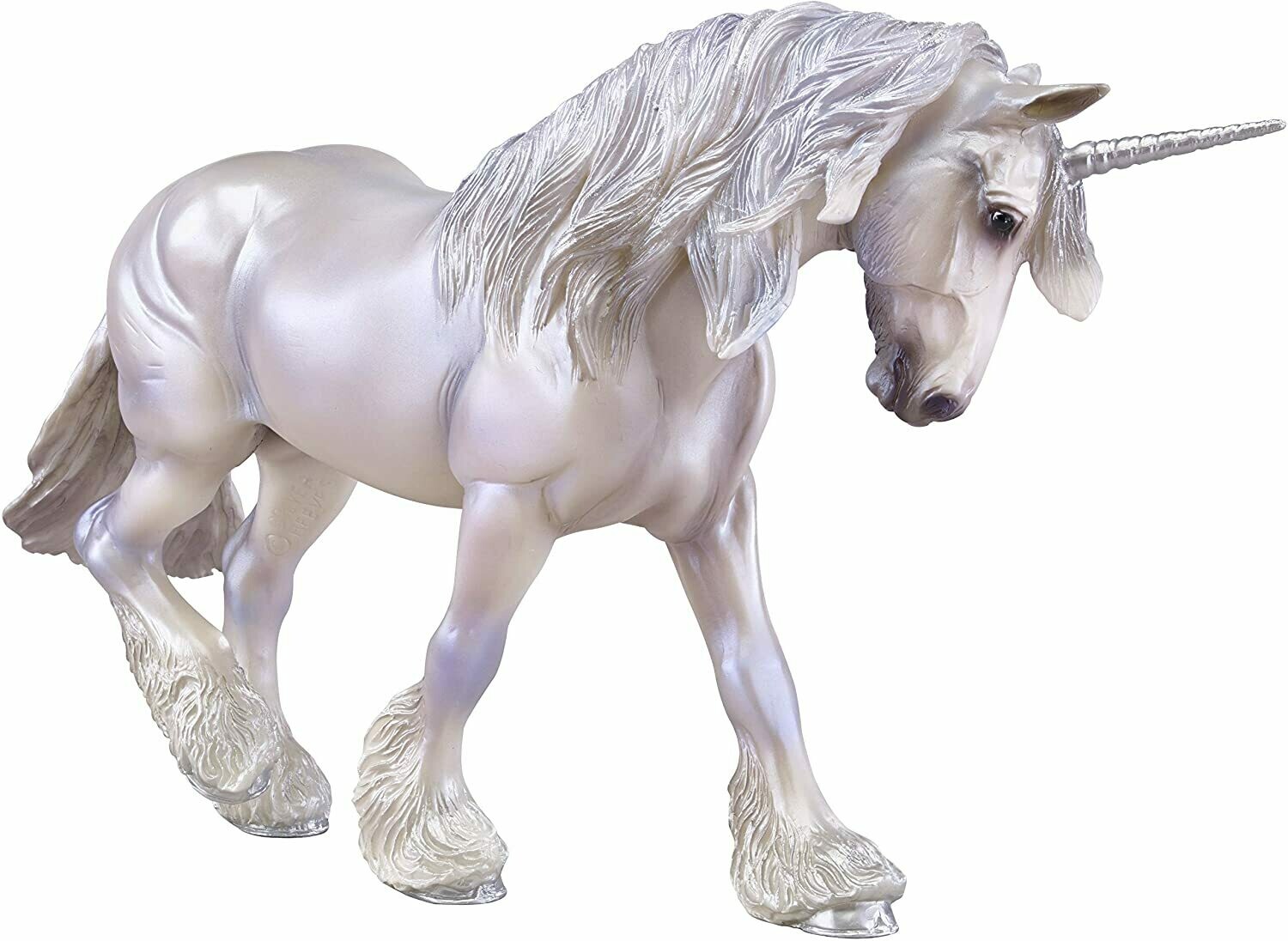 The legend of the mystical unicorn is one that has been with us since antiquity. Tales of the majestic horse with a magical horn have captivated the imaginations and hearts of people the world over. It is said that beholding a unicorn should be considered an omen of good luck. They have been portrayed as untamable creatures that symbolize goodness, truth and purity.

However, legend also paints them as solitary, illusive creatures that only reveal themselves to those who are pure of heart and intention.

Different cultures each have their own interpretations of the unicorn. It has been imagined with features such as a spiral horn of varying lengths, cloven hooves, different coat colors, and many sizes. From images captured in elaborate tapestries during the renaissance, to beloved works of literature and film, it's clear that the unicorn has enchanted its way through history!

Breyer's stunning sculpture celebrates the unicorn legend, and brings another artistic portrayal of this benevolent mythical beast to life!