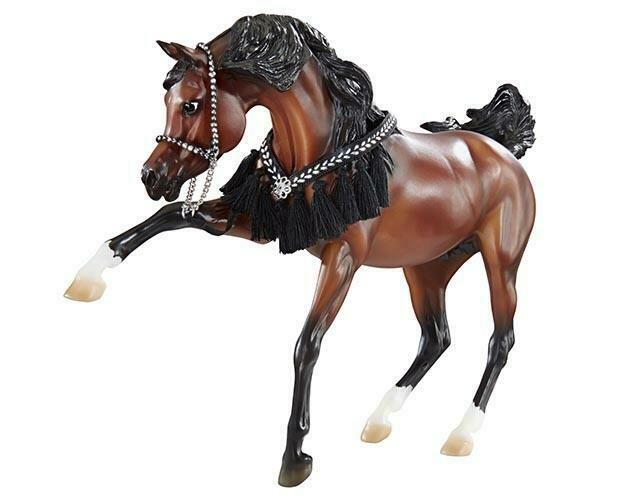 What do you call a horse who is a winner in five countries, excels in many disciplines, and has a stellar personality to boot? Empres++++//! The 1995 Arabian stallion was born in Poland, and has competed in Poland, Netherlands, Belgium, United States, and Canada. Owned by Prue Critchley since 2011, she focused Empres' career on both halter and performance. He has titles in a wide variety of classes including Dressage, Western Dressage, Halter, Sport Horse, Sport Horse under Saddle, Side Saddle, and Mounted Native Costume!

Empres was named Canadian National Champion Sport Horse Stallion one time and Reserve Champion two times, in addition to 19 other Canadian National titles, 17 Regional titles, and 26 Western Canadian Breeders titles! He earned the symbols after his name by attaining the highest-level achievement awards from the Arabian Horse Association: Legion of Masters (++++) and Legion of Excellence (//). Now retired from the show ring, Empres will be siring the next generation of intelligent and versatile winners.