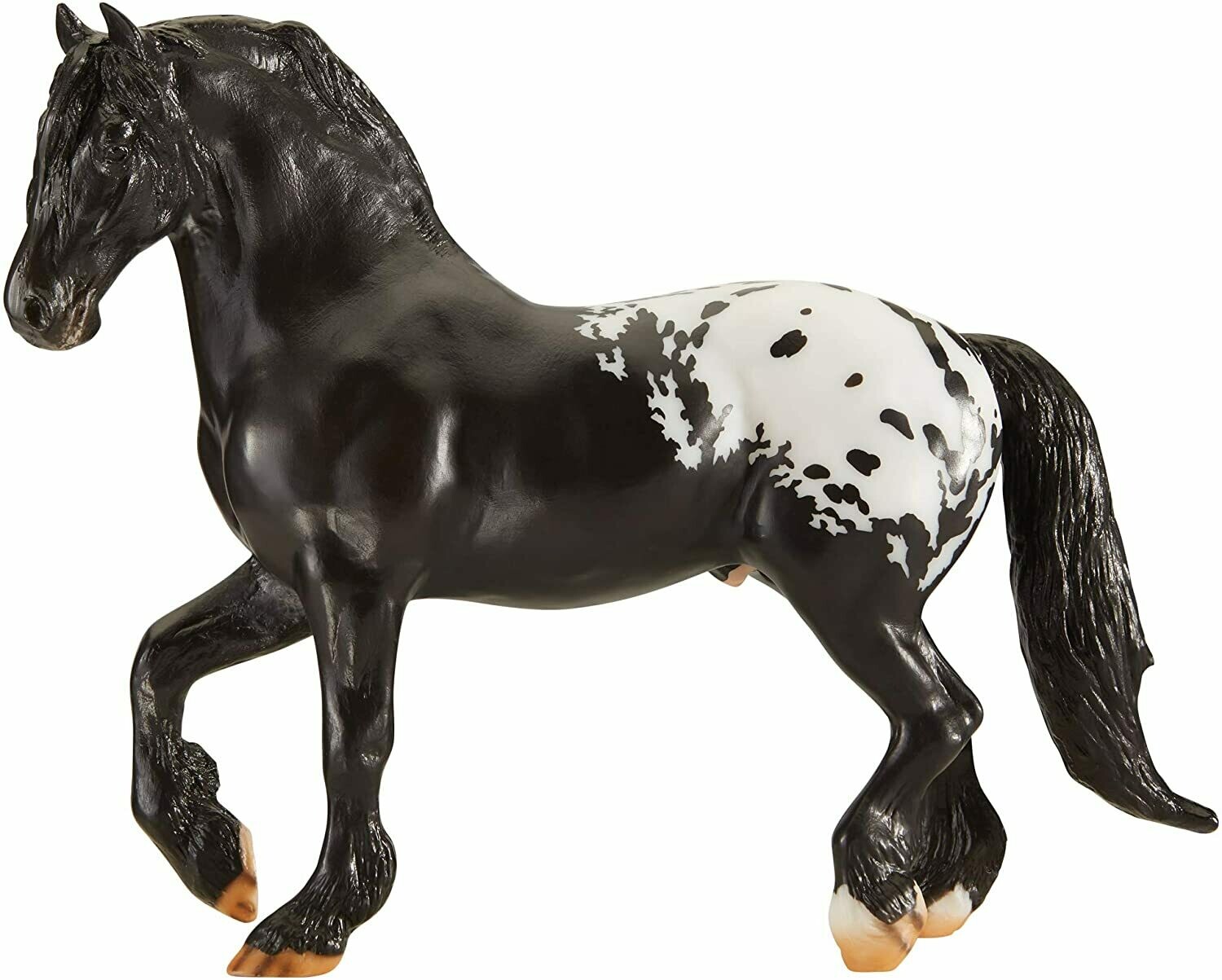 At the racetrack, it's the slick Thoroughbreds in their colorful saddle cloths that catch everyone's eye. That is, until a large and colorful lead pony steps onto the track! Daisy's Chief Dane, better known as Harley, garners attention whenever he works due to his size and black blanket appaloosa coat.

As a track "pony," Harley must be calm, confident, and strong to safely lead Thoroughbreds to the starting gate. Luckily, those are all trademarks of the American Sugarbush Harlequin Draft Horse breed! The breed's founders crossed Percherons with Appaloosas to get colorful workhorses with good dispositions.

Harley has ponied horses in the Kentucky Derby, and famed racers like California Chrome and Frammento. Working at Kentucky's Churchill Downs and Keeneland Racecourse, he's developed a fan following of his own. As he works alongside Thoroughbred superstars, he's quietly becoming a star in his own right!