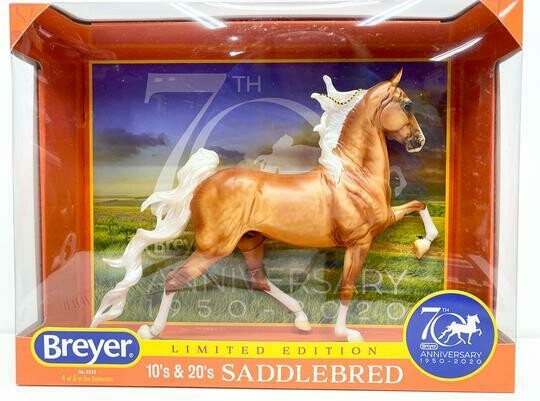 Breyer's 70th Anniversary collection is themed as Breyer Through the Decades. There are five models in the 70th Anniversary Assortment, sent to dealers at random. Representing the 2010s and 2020s is the brand new Saddlebred model who made his debut through the Premier Club as Hamilton in 2019. He wears a striking golden palomino coat for the occasion. His special anniversary packaging discusses his creation and Breyer's achievements in the recent decades.