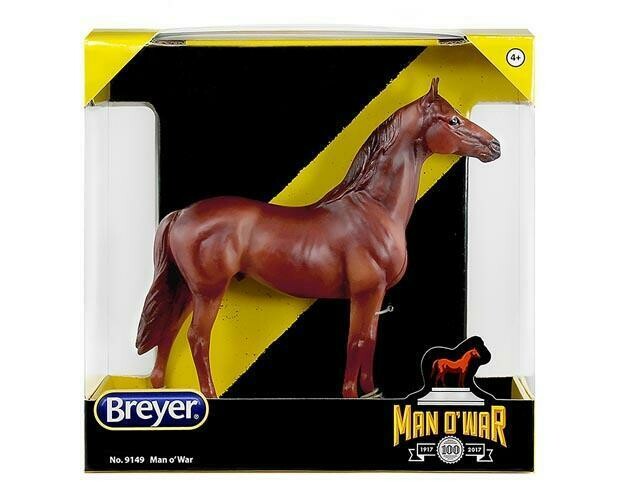 Man o' War, his name now synonymous with racing glory, had a brief but impactful career. In the two years he raced, he won an incredible 20 out of 21 races. Nicknamed "Big Red" for his tall stature and rich chestnut coat, the big horse with the big stride became an equine celebrity. His star status was boosted by the last race of his career against Sir Barton. Sir Barton was the first winner of what would become known as the Triple Crown, and Man o' War prevailed by seven lengths! After retiring to stud, he continued to leave his mark on the sport by siring 64 stakes winners. His champion progeny include 1937 Triple Crown winner War Admiral, British Grand National Winner Battleship, and Seabiscuit's sire Hard Tack. Man o' War is considered one of the greatest racehorses of all time. He is buried at the Kentucky Horse Park in Lexington, KY, underneath an impressive bronze statue of his likeness.